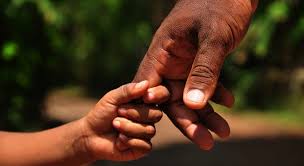 Who was Joseph? A man who never speaks a single word in the Gospels of Matthew and Luke, which is where we find the only accounts of the Foster-Father of the Son of God in all of the Scriptures.

He indeed, is like a shadow, discreet and hidden, a man who goes unnoticed. But he is a reminder that those who appear hidden or in the shadows can play an incomparable role in the history of salvation, according to Pope Francis in his apostolic letter Patris Corde.

I would like to propose a meditation on the Joyful Mysteries but from the point of view of St. Joseph.

After the Annunciation in Matthew 1:19 Joseph resolves to leave Mary quietly, but an angel of the Lord tells Joseph in a dream not to be afraid to take Mary as his wife. Joseph considering himself unworthy, had initially wanted to separate himself from this so as to not get in the way of God’s plan. But the angel convinced him otherwise. If the Incarnation was able to be brought about due to Mary’s yes, then Joseph’s yes would also be necessary in order to play his role in salvation.

When Mary went to visit her cousin Elizabeth in the hill country of Judea in Luke 1:39 did Joseph accompany her on this long journey? The distance from Nazareth to near Jerusalem which is where Elizabeth lived is about 130 km away. And she stayed there for 3 months. What husband would let his young wife go on this journey alone and be away that long? We don’t know as it is not recorded but Joseph must have agonized and suffered at this situation not knowing if his beloved would even come back. Joseph had to trust in God even more.

Another long and arduous journey from Nazareth to Bethlehem over 150 km away. In Luke 2 Joseph could not provide a place for them to stay in Bethlehem which means “ House of Bread” in Hebrew or “ House of Flesh” in Aramaic. And Mary gave birth to her first-born son and put him in a manger. Joseph also must have wondered at the gifts that the Magi brought. Gold, frankincense and myrrh. They would need the gold to live on during their exile to Egypt. The frankincense used for priestly duties and myrrh to anoint a body after death. I am sure that Joseph understood very little of what was happening.

The Presentation in the Temple

Joseph hears the words of Simeon in Luke 2:22 how his Son and his wife would suffer and he knows that he will not be there to prevent it and carries this for the rest of his life. Joseph had to protect and carry the Bread of Life and His Blessed Mother to Egypt and back and then return to Nazareth to live. He had to protect, nurture and feed his child Jesus in order to sustain Him so that Jesus in turn would eventually be able to feed us and sustain us in the Eucharist.

The Finding in the Temple

Have you ever lost a child? I have children and grandchildren and that is something that I could never imagine. In Luke 2:41 Jesus gets lost. As a father Joseph must have wondered what else can happen? God spoke to Joseph 4 times in his dreams, to reassure him and to guide him. That no matter what happens I am with you. Joseph never hesitated when God spoke to him, he was completely abandoned to His will. And Jesus was obedient to his parents and grew in wisdom and stature.

He was the savior of his Savior, who is our Savior. Without him to protect Jesus and His mother things might be very different. We can only speculate and ponder as to how Joseph must have felt and dealt with all of these events. Even though he seems like a shadow, unnoticed he still played his role as we also have a role to play in salvation history. And all we have to do is say yes Lord let it be done to me according to your word.

As we head towards the end of our lenten journey to celebrate the fullness of the Paschal mystery, let us also think of Joseph also there in spirit at the foot of the cross with Mary.

St. Joseph Pray for us.

Our Mother of Perpetual Help  Pray for us.