The God Whose Nature is Love … Jesus! 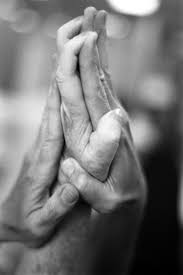 The God whose nature is Love … Jesus!

There is a parable about a young man who lived in a village of very good people. He would often go to church and marvel at how good all the people were. The pastor would deliver very good homilies about how to be good people. However the young man knew that he was not as good as they were … and he thought “if they really knew me they would not accept me”. So he decided that there was no point in continuing to go to church. As he grew older most of his efforts in life failed in one way or another, and then one day, when he was at a place of despair he met God. This was a big surprise to him since he no longer believe that God was real. To his amazement he discovered that when he was at his worst, God still loved him passionately. The young man changed his mind about God and his life was transformed.

The scripture says that perfect love casts out all fear and that God’s very nature is love. If we want to know what perfect love is we need only study the life of Jesus who refused to let fear have the upper hand. Jesus lives his life in perfect sacrificial love … putting the needs of people and the will of his Heavenly Father before his own. For example, Jesus lived his life in obedience to the Holy Spirit. He never refused anyone any request (except those who wanted a sign … but in the end he gave us all a sign). In the gospels he healed every sick person that came to him without fail. He cast out every demon with haste. He raised the dead out of compassion for the living. He touched the untouchables, talked to the shunned ones, and even lamented over the ones who utterly rejected him. No person was too unimportant for him to give his complete attention too. And no person was too important for him not to warn. He fed the hungry, encouraged the discouraged, humbled the proud, and lifted up the weak. So Jesus gives us a glimpse of what perfect love really looks like on this earth. And he did this not as God, although he was God incarnate, but as a man who was filled with God so that we could all be encouraged to do the same good works that he did.

Scripture tells us that God is love … and that He never changes. John in his gospel records Jesus as saying “if you have seen me you have seen the Father”. In other words, Jesus gives us a complete perfect look at exactly what the Father is like. Jesus even says he only does what he sees the Father doing, and he only says what he hears the Father saying. He gives us a look at the perfect unity within the trinity and what God the Father is really like. The writer of Hebrews tells us that in former times the revelation of God came through the prophets and angels. But in the last days the final revelation of God has come through the Son, and the last revelation has far surpassed that of the former. In light of all this, the only conclusion I can come to is that God is perfectly Good and perfectly Loving … all the time. I have discovered that until I see God as good, I won’t trust him. On the other hand, when I see Him as good, when I truly believe that He loves me with all my faults, (He is not waiting for me to be good enough) I am freed from fear of failing and condemnation. I am free to enter into the communion with God and others that He is continually calling everyone to.

May the God of Love, who is never in a bad mood, draw you into His heart of love more deeply, so that your heart, free from fear and insecurity, will burn with love for Him and his people.